Why Earning High Income Doesn’t Mean You are Wealthy

High income is what we all dream of isn’t it?

We all want it badly. After all, we live in a show world.

With enough income, we will gladly show the world the best version of ourselves.

It gives us an opportunity to have everything we want.

It gives us a real shot at wealth.

But sadly, this is not always so.

Most of the time, people who have high income do not know how to manage money. Once that income is taken away, they will usually begin a rapid decline into the squalor of poverty.

The Difference Between High Income and Wealth.

This is where the problem lies. Most people do not understand the difference between high income and wealth.

Therefore they confuse people who have really good jobs, who drive expensive cars and who live in the best part of the city, with people who are truly wealthy.

They are not the same thing.

Income is what you get paid for your work. It could come daily, weekly or monthly depending on the kind of work you do.

Wealth is the accumulation of your assets. These assets, in turn, put money into your bank.

Some people have high income but they have no assets.

Understanding the subtle differences between high income and wealth will give you an insight into how the wealthy build their wealth.

To illustrate, let me use the case of Emeka and Ike

Emeka is a well trained IT consultant and contractor in Lagos. He consults for the biggest brands in Nigeria. He earns about five million naira every month.

He has two luxury cars and vacation twice a year to the best destinations.

He has the best life.

At the end of the year, out of his sixty million naira yearly income, he doesn’t have anything left to be saved or invested. He even have to borrow ten million to make up for shortfall.

He has the best job after all, he doesn’t have to worry about anything.

In ten years, Emeka’s income rose to about three hundred million naira a year because companies are paying more attention to IT and are building IT infrastructure for their businesses.

Emeka thinks or knows that he is incredibly wealthy.

He is saving money at last. He is saving it with two of his friends so they can buy and co-own a private jet.

Ike lives in Onitsha. His education had been cut short after secondary school because his parents didn’t have the money to send him to university.

He has a shop in Onitsha main market where he sells Ankara prints.

He calculates that after all expenses including shop rent, he makes about three hundred thousand naira in profits every month.

Ike doesn’t own a car. Six months of his profits could get him a really nice second-hand car but he refused to buy content with taking a bus, keke or okada. He gives people the excuse that it was pointless owning a car if you have a shop in the main market because traffic won’t let you enjoy it.

Ike lives in a one-bedroom apartment in Obosi where he pays about one hundred and fifty thousand a year.

He puts away half of his profits. The textile association is building a market away from the main market and he wants to be able to own one or two shops of his own when the market is ready.

He also wants to start going to China to import his goods.

In ten years, Ike owns three shops in Onitsha Textile International Market. He makes use of two and rent out one.

He now lives in the penthouse of his newly completed four-story building. The rest of the twelve apartments in the building is rented out.

His goods now arrive once a month from China. He now owns a Lexus SUV.

He is saving money with two of his friends. They want to start a textile factory at Aba.

The true measure of wealth is this: what if you stopped working today, how long will you live without needing the income from work? Three years? Five years? Ten years? Forever? Click To Tweet

Why Earning High Income Doesn’t Mean You are Wealthy

Emeka is a good example of high income but no wealth.

All his income are squandered on expenses, on liabilities, things that do not generate income: cars, luxury apartments in a high-end neighbourhood, expensive vacations. And he is thinking of adding a private jet to his collection.

Though Ike’s income is far below that of Emeka, he is on his way to enduring wealth.

He focuses more on building up his asset base: the shops which he doesn’t have to pay rent on, the one he rented out, his four-story building, the savings for a new factory.

Yes, cars, private jets are liabilities. Anything that doesn’t put money in your pocket rather it takes is a liability. For cars and private jets, you have to repair them, you have to fuel them you have to spend lots of money on them. You only get money from them when your sell of which by then the original value must have depreciated significantly.

The true measure of wealth is this: what if you stopped working today, how long will you live without needing the income from work? Three years? Five years? Ten years? Forever?

For Emeka, once something happens to his thriving business, he will go back to his village because he doesn’t have a single asset.

Ike has assets: his shops, his big house. If his business failed, he can still collect over seven million naira a year from rents.

A person who is wealthy can choose to work or stay home. A person who is on high income can’t afford not to work because that is the only income he has.

A wealthy person has multiple streams of income. A high-income earner has only one source of income.

A wealthy person has a secure future. A high-income earner lives for now.

Income is earning money, wealth is having money.

There is a big difference.

A person who is wealthy can choose to work or stay home. A person who is on high income can’t afford not to work because that is the only income he has. Click To Tweet

It doesn’t matter your level of income, you can build wealth. Trust me on this.

The most important thing to do is to save money and build up your assets.

By assets, I mean anything that generates income for you. This is apart from your day to day job.

Don’t think that building your asset is a one-off thing. Sometimes it takes lots of heartbreaks to get it right. They are all part of the learning curve.

Put in the time to learn about saving and investing, places you can put your money to grow it. It must not be in shares and bonds and mutual funds and other paper assets.

It can be in your area. Just pay close attention, you can spot an opportunity no one else can see. You only have to actively look for it to find it.

High income can make a person or a family appear very wealthy, but this is not always so.

True wealth takes a lot of hard work, a lot of learning, a lot of putting your money in the right places, a lot of building assets and cutting down liabilities.

Building wealth is a journey. It doesn’t need you to have all the income in the world. You only need to learn how to grow it. 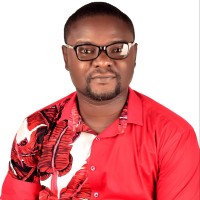 Eme Stephen
Eme Stephen is the founder of My Naira Journey, a personal finance and personal development blog. He is passionate about writing.