Wealth is a result of doing things right.

Get rich, that is the best way you can help the poor

Money makes possible the enjoyment of the best the earth affords

You can make money, enjoy what you do and sleep at night.

The key to making better choices about your money begins with understanding your own approach to earning, spending, saving and investing

Money is the medium by which earthly success is measured

The secret of making money is that there are no secrets

Get even busier even after you have made the first million

If you want to create wealth, it is imperative that you believe that you are at the steering wheel of your life especially your financial life

Whatever may be said in praise of poverty, the fact remains that it is not possible to live a really complete or successful life unless one is rich

To live fully in soul, man must love, and love is denied expression by poverty

Instead of saying to yourself; I can’t afford it, ask yourself instead, how can I afford it?

The single most powerful assets we all have is our mind. If trained well, it can create enormous wealth in what seems to be an instant

Wealth grows in magic ways. No man can prophesy the limit of it. 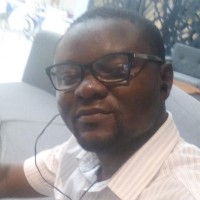